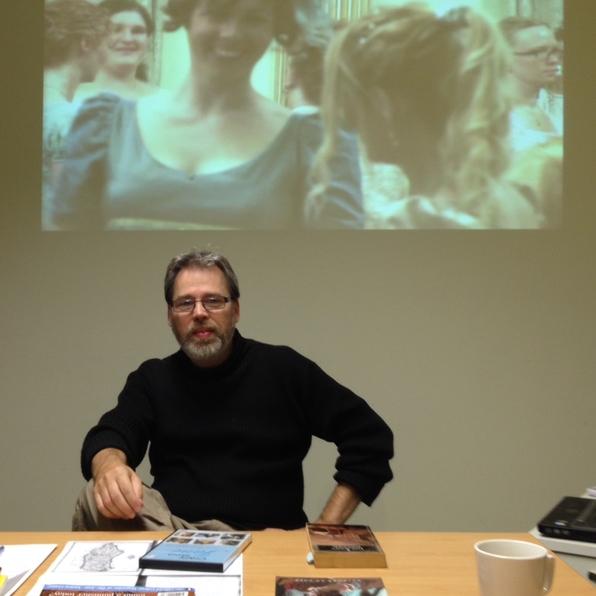 When not teaching courses for Frome Community Education, I am a full-time writer.
I was born and grew up in Bath, becoming a freelance journalist for newspapers and magazines after leaving school, before moving to Bournemouth to complete a three-year BA (Hons) Scriptwriting for Film & Television degree.

I later spent three and a half years on a small idyllic Greek island, writing a novel – so realising a long-held dream – before returning to England to become director of the International Jane Austen Festival.

Since moving to Frome in 2011, I have developed an insatiable appetite for the town's fascinating, but at times troubled, history and have written extensively about it. This includes books such as 'Frome in the Great War', 'Foul Deeds & Suspicious Deaths in and Around Frome' and 'The Awful Killing of Sarah Watts' – the first full-length account of town's most infamous murder that occurred in September 1851.

I have also co-created the Regency Detective series of novels, which are set in early nineteenth century Bath, with the second one, 'The Circle of Sappho', seeing the hero – Jack Swann – visiting Frome in the pursuit of his investigations.

As well as running various writing organisations, including Bath Writers Workshop, and being a founding trustee of the Frome Writers' Collective, I also have a regular column in the Frome Times about the town's past. This is co-written with Mick Davis, a former student on the local history course and now an author in his own right ('The Historic Inns of Frome').

I have taught courses for Frome Community Education since 2012.